For fifteen years I attempted to draw and trace perfect circles on the ice without a compass.  Sometimes, for three hours in a row six days a week all year round I would cut and trace these lines in what needed to be perfectly clean edges with intricate turns exactly placed at the top of circles or in the centre.  It was mind-numbing work. Then, I would warm up for free skating with long, free strokes round and round the ice. Fast. Hair blowing.  Often I felt as though I was flying and would frequently dream in my sleep about doing multiple spins with ease and joy up around the rafters of the arena, landing softly on a bent knee.  In reality, I was not a natural jumper or spinner but I could make relaxed, gliding, graceful strokes on deep edges. Throughout the years, taking tests and competing were major events, and judgment was all-consuming.

It only came to me after reading about Joan Mitchell in Blue Territory how my skating strokes also parallel my brush strokes and that I had poured my emotions into both.

She loved the turns, the swerving curves, the elegant arcs; on the ice she is all fleetness and grace … Ten years later, in New York, DeKooning will tell her that some of his happiest childhood memories are of skating along the canals around Rotterdam. Twenty-five plus years later … she will more than once remember these times on the ice, this feeling, these movements, and the messages that she cut with her blades, a choreography of her own – all of which are not unlike what she experiences when she paints, brushing a broad, continuous swath across a canvas that is much higher and wider than she is tall. 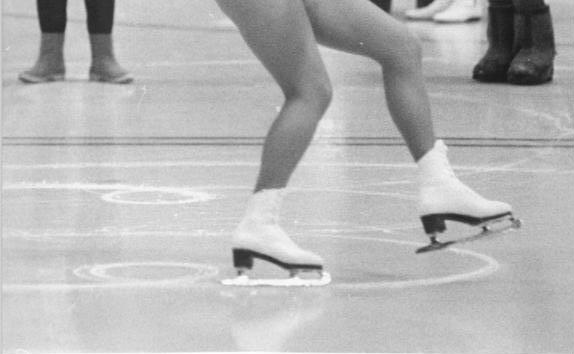 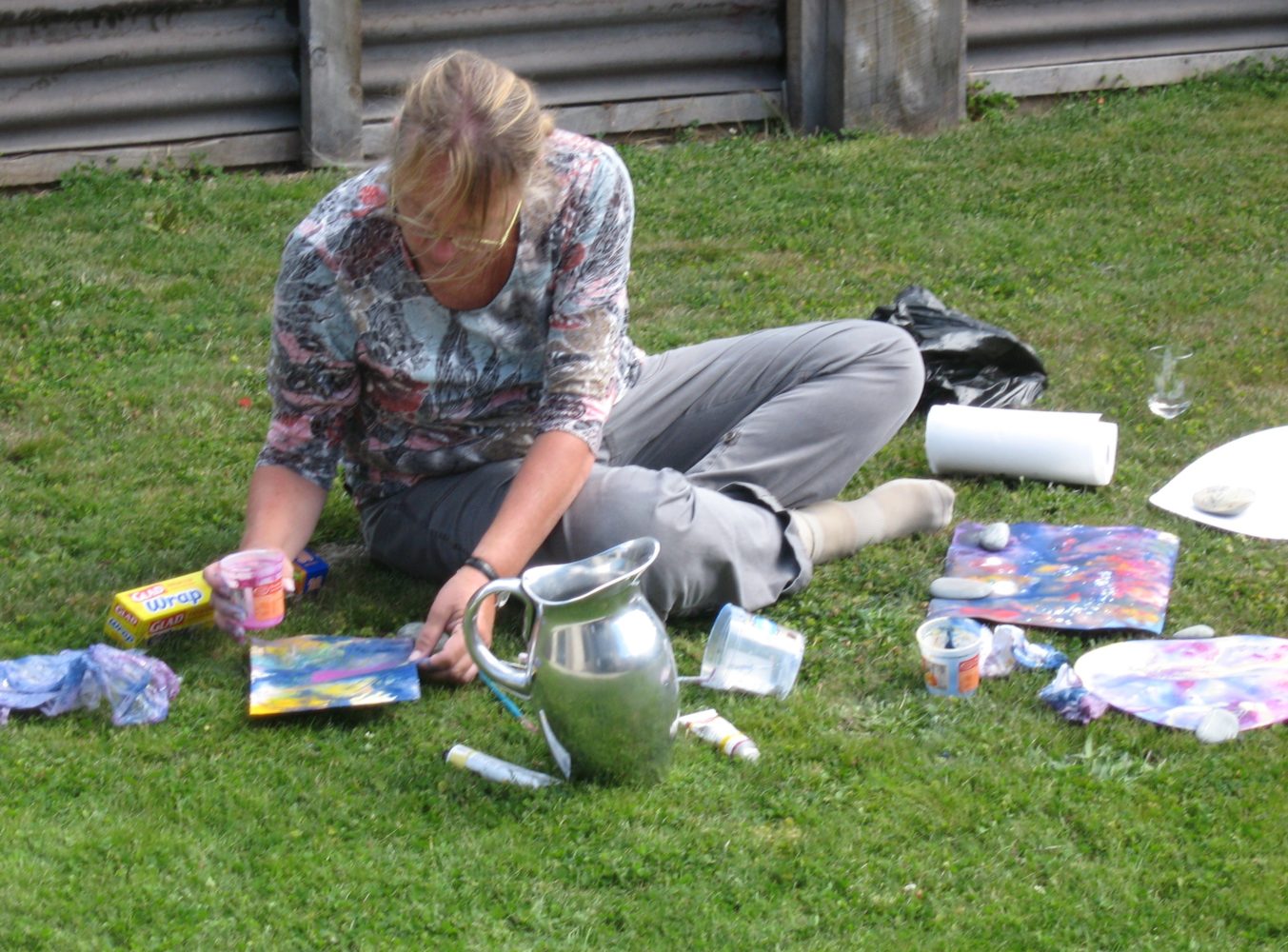 Pouring watercolour from Dixie cups allowed me to playfully fling and splatter, often to music like Mac Arthur Park or The Blue Danube.  Using brushes, rollers and scrapers with no thought of the outcome resulted in big, swooping strokes, turns and leaps across the canvas.  In both intuitive watercolour painting and abstract or non-objective painting in acrylic or walnut oil the carefree application of colours … scratched, scraped, wiped and layered with no goal in mind creates a state of mind and body I had only experienced when skating with abandon in an empty rink.  In direct opposition to much of life including competitive figure skating there is no right or wrong way to create, at least in my philosophy.  No judgment.  Just sheer bliss!
For over twenty-five years my painting has been all about process, letting one brushstroke lead to the next with no end result in mind.  With printmaking, there are more obvious steps but I am always excited to see what surprises a collagraph plate will produce through the press.  Carving lines into Softoleum is a meditative time, when the tool slides smoothly through the product.  With clay, the wheel demanded too much control, and so I was content to build by hand, telling myself that lopsided bowls and vases were “much more interesting” than the symmetrical ones.  I have always loved stones and beads. For several years I strung hundreds of them, making bracelets, earrings and necklaces from semi-precious stones, trade beads, sterling silver, and more.  Lost wax casting led to big, chunky rings.  Experimentation in art is  like a treasure hunt without a map. 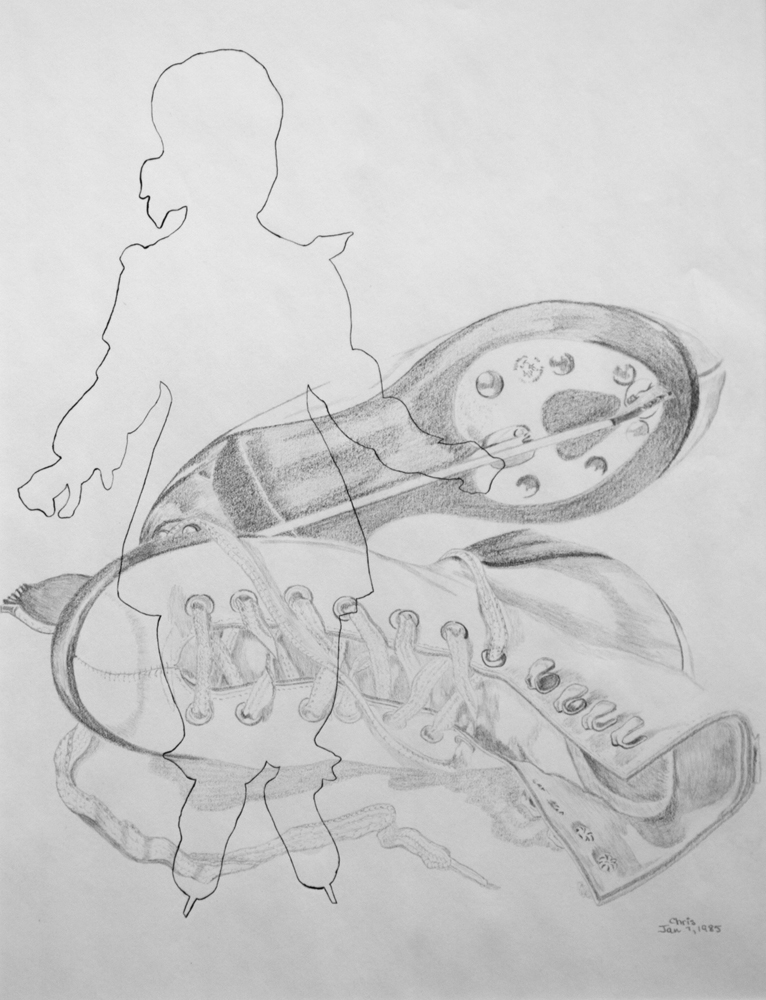 “First Costume, Last Pair of Skates”
Glenda Fordham’s Interview with Chris Marin before her Oct 2017 show at the Urban Gallery in Toronto